The Dog Nose All: The Power of A Dog’s Nose 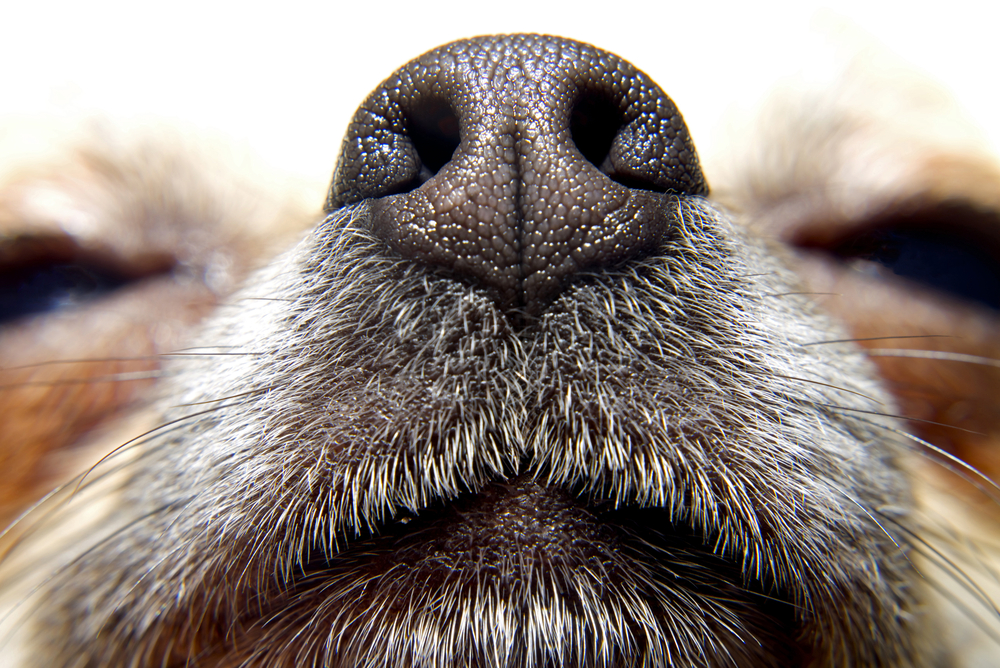 We all know that dogs have an impressive power of smell. Your dog is in the back of the house, sound asleep. You quietly open a package of ham for a sandwich and look who’s immediately begging at your feet! That’s the power of a dogs nose.

Sniffing out snacks is the least in a list of amazing ways that dogs and their super sniffers improve our lives. You’ll be surprised at the many ways they are aiding humans.

First, How Does a Dog’s Nose Do It?

When you take your dog for a walk, he wants to stop and sniff everything! That’s because dogs “see” with their noses. Dogs have 300 million olfactory receptors in their noses, compared to only about 6 million in ours. That means that a dog can analyze smells about 40 times better than you and me and it is how they get a “picture” of their world.

How do their noses benefit humans? Dogs have helped police and security for many years in these well-known roles:

This is just the start. Humans are finding more and more areas where dogs can aid us through their super canine sense of smell. Let’s look at some you may not be aware of:

Dogs have been used to sniff out diseased trees before they show signs of external damage. Once external symptoms are detected, it’s generally too late to save the tree or its neighbors. Just think of all the avocado crops these dogs have saved!

Now you know how dogs use their noses, and how their noses help us. The next time you take your dog for a walk, let him sniff. He may want to “see” everything that’s been going on in the neighborhood.

Give him a pat from us at Oakland Veterinary Referral Services. We’re continually awed and amazed at the many ways our dogs selflessly make our lives better.