Laika the Great Space Dog: The True Story of a Hero Pup 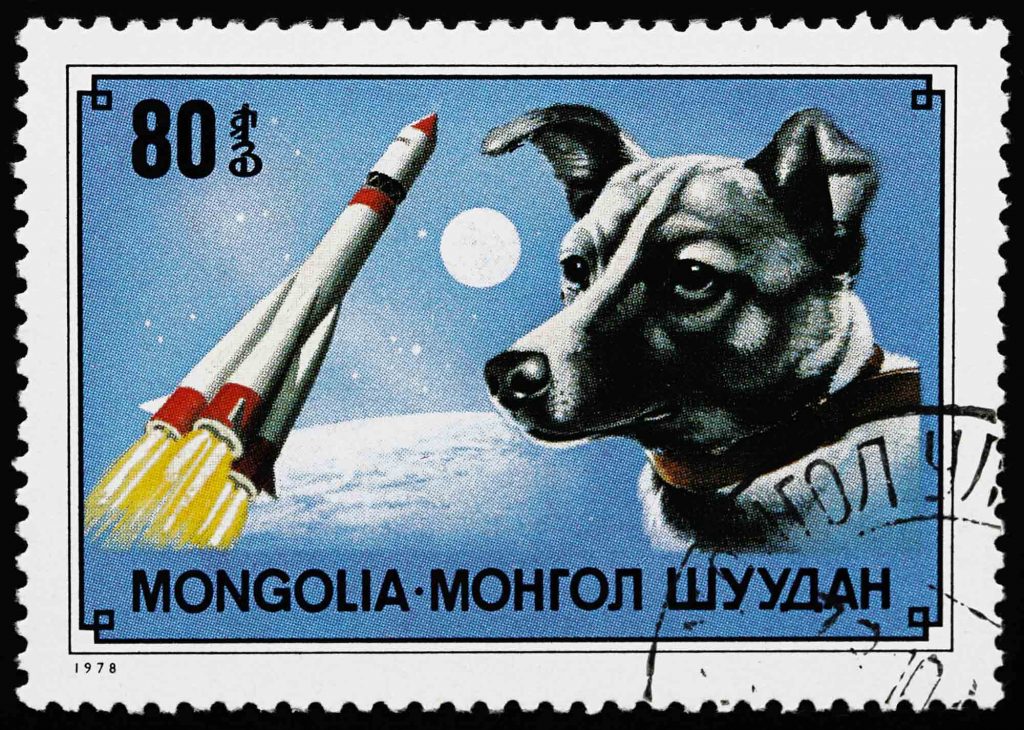 For millennia, humankind has employed dogs in our endeavors. We have taken advantage of their loyal companionship, steadfast endurance, and courageous natures in various ways. From homesteading, hunting, protection, and more, dogs have been our closest allies as we move through time.

Laika, a pioneer in the dawning age of space exploration, is one of the notable canines we owe a great debt to. We couldn’t have made certain aeronautical advances without her help, but little is known about this amazing space dog.

Before she was a space dog, Laika was a stray mixed breed (Siberian Husky and terrier) living on the streets of Moscow. She was chosen along with other dogs to train for a special mission, but she was ultimately singled out for her calm demeanor and even temperament.

In the race for dominance in space exploration, the Soviet space program designed Laika’s mission to monitor the effects of space travel on living organisms.

Based on the results from the original Sputnik mission, it was generally understood that Laika would not make it back alive from her trip around the Earth, and her sacrifice was deeply felt. As an example of pure compassion, she was invited to spend time and play at a Soviet scientist’s house prior to the mission because he thought she might enjoy playing with his children before the trip.

The Sputnik 2 launched into Earth’s orbit on November 3, 1957 – almost 60 years ago – with Laika onboard even though the technology didn’t exist yet for Laika’s spacecraft to safely return to Earth. The information from Laika’s mission resulted in the discovery of solar and cosmic radiation. Because of this special space dog, scientists could work on designing new missions for humans to exit – and re-enter – Earth’s atmosphere without peril.

Legacy of a Space Dog

As the Sputnik 2 climbed higher, the internal spacecraft temperature climbed above 100 degrees. Some reports that were disseminated to the public said that Laika’s oxygen ran out on the 6th day of the mission; others said she was euthanized before the oxygen actually ran out. Instead, what actually occurred was that Laika tragically suffered from overheating inside her chamber within hours of ascent.

Five months after the launch (and 2,570 orbits around Earth), the Sputnik 2 returned to Earth, a fireball carrying Laika’s remains.

Those far and wide have paid tribute to Laika the space dog. Russia officially honored her in 2008 with a monument placed at a military research facility. It is Laika standing proudly upon a rocket ship.

The first mammal in space, 3 year old 12-pound Laika ignited worldwide debate about her treatment. Confined in small compartments, Laika stopped urinating and defecating and was exposed to highly stressful stimuli before succumbing to an early death.

With the sacrifices made by Laika the Russian space dog, international space travel made rapid advances so we honor her memory still today. If we can help you with your own hero dog (or cat!) we hope you’ll contact us.

Pin
Tweet
Share
Tags: Can A Dog Go To Space | Canine Astronaut | Dogs In Space | Space Dog
Posted in: For The Dogs
Previous: Something Smells Off: Incredible Cancer Sniffing Dogs
Next: DIY Natural Pet Pill Pockets that Help the Medicine Go Down