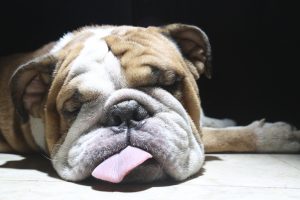 Ask most observant pet owners whether animals, such as cats and dogs, dream and you are likely to get a lot of anecdotal (and endearing) stories. From the soft yips of a snoozing puppy to the whisker twitches of a feline friend, it’s a fair assumption that our pet companions also experience dreamtime.

But, is there actually any scientific proof behind this assumption?

The Studies of Animal Slumber

From rats to cats, the subject of dreaming in animals has been a focus of research and debate for decades. And, the common denominator of dreaming is a stage of sleep known as REM (rapid eye movement).

REM sleep is thought to be the most critical among the stages of sleep, as it allows the brain to process the events of the day. This processing is critical in the formation of memory, which is required for learning. During this stage, the neural pathways may light up with activity, while the body is kept in a mild form of paralysis and relaxation.

One of the earliest studies, performed by a French neuroscientist in the 1950s, observed cats who had a portion of their brain responsible for this REM paralysis removed. Although not an ethical experiment in today’s terms, what they found was that the cats went through the physical motions of stalking prey: running, pouncing, etc., despite being in REM sleep.

More recently, less invasive and more humane procedures have been developed to record the brain activity of animals during sleep. One such renowned study involving rats was conducted at MIT’s Center for Learning and Memory by Professor Matthew Wilson.

Wilson found that patterns formed by neurons firing in the hippocampus, the portion of the brain responsible for memory, forged a distinct and consistent pathway while the rats ran a maze. The same activity was then replicated during REM stage sleep – almost so precisely Wilson could identify where the sleeping rats were in their dreamtime maze.

Along with Wilson’s rats, these same REM brain activity patterns have also been observed in dogs, cats, and numerous other animals, even lizards.

While it is widely accepted by most cognitive researchers that other species dream, and not just mammals, there is still speculation and descent as to why they dream and what they dream about.

And, while most of us believe our cats and dogs are capable of dreaming about fantastic hunts or chasing a burglar down the street, it is still unclear if this is true.

Some researchers suggest animals other than human (and perhaps primates), simply reenact memories or learned behaviors while in REM rather than abstract or imaginary scenarios that require more advanced cognition.

Interestingly, biologist Daniel Margoliash, University of Chicago, who has studied REM sleep in zebra finches, found that they use dreaming to practice behaviors like singing. So, the dreaming is a way to continue to reinforce what is a learned behavior through somnambulistic repetition.

Author of Do Dogs Dream?, Stanley Coren, proposes that complex social animals who spend much of their lives sleeping, such as dogs, are capable of dreaming up all sorts of imaginary scenarios.

So, maybe Max is chasing that naughty burglar down the street, after all.

No matter what the facts are when it comes to dreaming dogs, cats, and other pets, it’s certainly entertaining to watch a snoozing fur pal have these perceived adventures.

What are some of your best pet dreaming stories? The team at Oakland Veterinary Referral Services would love to know what you have observed.