Protecting Your Pet From Poisonous Plants 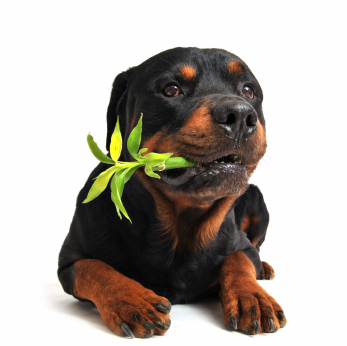 You are probably aware of many toxins that are dangerous for your pets. You would never intentionally let them around antifreeze or feed them chocolate. But did you know that some of the most common toxins are actually plants?

Here are a few of the most commonly seen toxicities due to poisonous plants:

Many types of lily plants are serious toxins. Some types, such as Peruvian, Peace, and Calla lilies cause minor irritation to the tissues in the mouth. Others,  including the more common Tiger, Day, Asiatic, Easter, and Japanese Show lilies are highly toxic to cats. Ingestion of even tiny amounts results in severe and life-threatening kidney failure.

With medical marijuana increasing in use, exposure of pets to the plant product is becoming more and more frequent. Exposed animals will have neurological signs including depression and/or excitement, incoordination, hallucinations, seizures, or even coma.

Even just a few leaves can result in serious gastrointestinal effects such as vomiting and diarrhea. In serious cases, ingestion can even lead to death.

These pretty yellow flowers contain a potent compound that triggers the vomiting reflex. Ingestion of most parts of the plant causes vomiting, diarrhea, and abdominal pain. At high doses, abnormal heart rhythms and slowed breathing can also occur.

This popular houseplant can cause vomiting, bloody stools, and damage to the stomach. In severe cases liver failure and/or death can ensue following ingestion.

A common decorative landscaping plant, this benign-looking greenery can cause sudden death due to heart failure.

There are many other plants that have detrimental effects to pets. Make sure that your houseplants and any plants in your landscaping are pet-friendly.

Pin
Tweet
Share
Tags: foods that are toxic to dogs | plants that are toxic to cats | toxic plants for dogs
Posted in: Pet Toxins
Previous: TEAR Foundation: Helping Pets and Families in Need
Next: It’s Hot Out – Learn How to Protect Your Pet From Heatstroke