Animal Symbolism: What Our Pets Teach Us About Ourselves 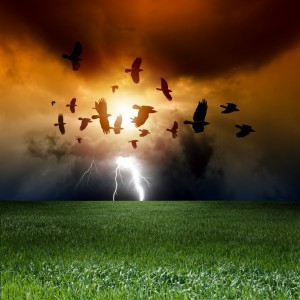 Throughout history, mankind has studied animals and their behaviors. Animals have appeared as mythical heroes and guardians, as well as in fables focused on important moral lessons. They have embodied the stories of cultures throughout history and are the subject of Paleolithic cave art and archaic Native American petroglyphs.

Today, our pets are often the subject of modern symbolism. For instance, when we say we are a “cat person”, we often think of feline-like behaviors, such as cleanliness, independence, or curiosity. Symbolism also plays a role in how we describe certain traits or characteristics, such as the loyalty of a dog or the cautiousness of a rabbit. And, how many writers have described the longing for freedom by using the imagery of a bird in flight?

Animal symbolism – like the animals themselves – continues to inform us about ourselves and life’s complexity.

The Symbolism of Pets

Given our propensity for finding meaning in so many animals, we thought it would be fun to spotlight some of our favorite pets and the meanings or symbolic wisdom they bestow. See if you can find a bit of yourself in each of these popular companion animals.

Dog – Like cats, dogs have been with humankind for thousands of years as allies and protectors. They represent loyalty, nobility, service, and trustworthiness.

Snake – Snake is a very old symbol, beginning with Ouroboros, a symbol of eternity and continual renewal of life. A snake represents transformation, change, and healing (and is often associated with the medical profession).

Parakeet – Our winged friend is associated with quick response, community, nurturing love, and the power of communication.

Guinea pig – Our sweet little fur pals are symbolic of friendship and community, and the importance of surrounding ourselves with like-minded people who support us.

Ferret – As members of the weasel family, these stealth hunters teach us about observation, ingenuity, and the ability to see what is being hidden from us.

Horse – Horses have been imbued with meaning and power for centuries, from Celtic culture to modern indigenous peoples. They symbolize unbridled energy, freedom, grace, and strength.

Goldfish – Kept in domestic households by the ancient Greeks, goldfish were viewed as good luck, harbingers of abundance, harmony, and strong relationships.

Chinchilla – Chinchilla speaks of innocence and warmth, impulsiveness and communication.

Spider – Spiders have long been viewed as the weavers of life’s patterns, the storytellers who keep things in balance and harmony.

Lizard – Aboriginal culture sees lizards as the guardians of the Dreamtime, the place where the future is formed through dreaming. They are often symbolic of analysis, purposeful change, and rest.

Whether on four paws, wings, or slithering across the sand, animals teach us many things about ourselves and our place in the world. More importantly, they teach us about unconditional love. No wonder they hold such an important place in mythology, culture, art, literature, and most importantly, in our hearts and homes.

What are some of your favorite animal myths or symbols?